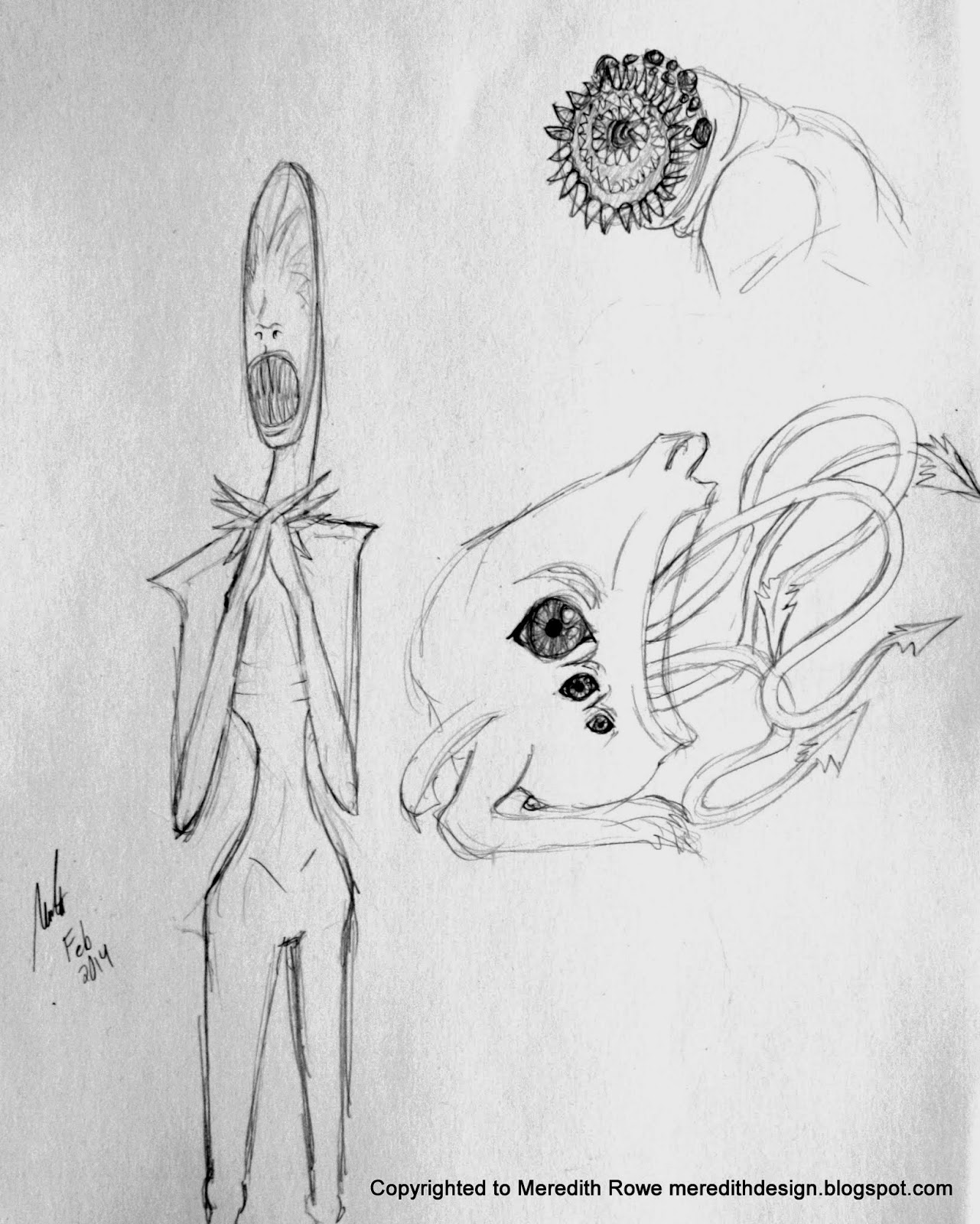 Creature feature! So a little known fact about me: I like drawing creepy things. Monsters, creatures, aliens, abominations, whatever. There's a lot to be learned from drawing natural human forms and I love classical portraits but there's something freeing about losing all constraints on the imagination. Want to add an eye on it's elbow? Sure. Maybe switch the mouth and the eyes? Go for it. There are no limits. I've gotten weird looks from people sometimes and I know it can be scary for parents and caregivers out there to encourage a child's imagination when they are drawn to possibly horrifying ideas, but please encourage them anyway. I tell family and friends all the time about how glad I am that my parents let me watch imaginative, though sometimes frightening, movies and video games. I'm getting older now, so these were movies like Alien and Aliens, Indiana Jones, Star Wars, The Labyrinth, The Dark Crystal. And I was 5-7 when I saw most of these for the first time. Now, I didn't fully comprehend them until more recently, of course, but the imagery was so impactful that I continue to use these films as inspiration today. I'm not saying run out and show your child Prometheus. I just want people to think about how limiting the imagination to only soft, safe, or classical exposure doesn't have to be the only way to go. We don't have to be scared... of being scared.

Phew, did not think that was going to be so much to type. So about the actual sketches: I looooove my razor mouth dude in the upper right corner. It's very 'sandworm of Dune' inspired. Don't know what's up with the other guy on the right. I was watching The Thing at the time. And the guy on the left was going to be a real monster but turned into kind of an alien in the end.

Have an idea? Maybe you need a logo, branding, brochure layout, book illustration, character design, watercolor portrait, marshmallow mannequin?! Maybe not that last one. But for the rest of it -
Quote Request Form